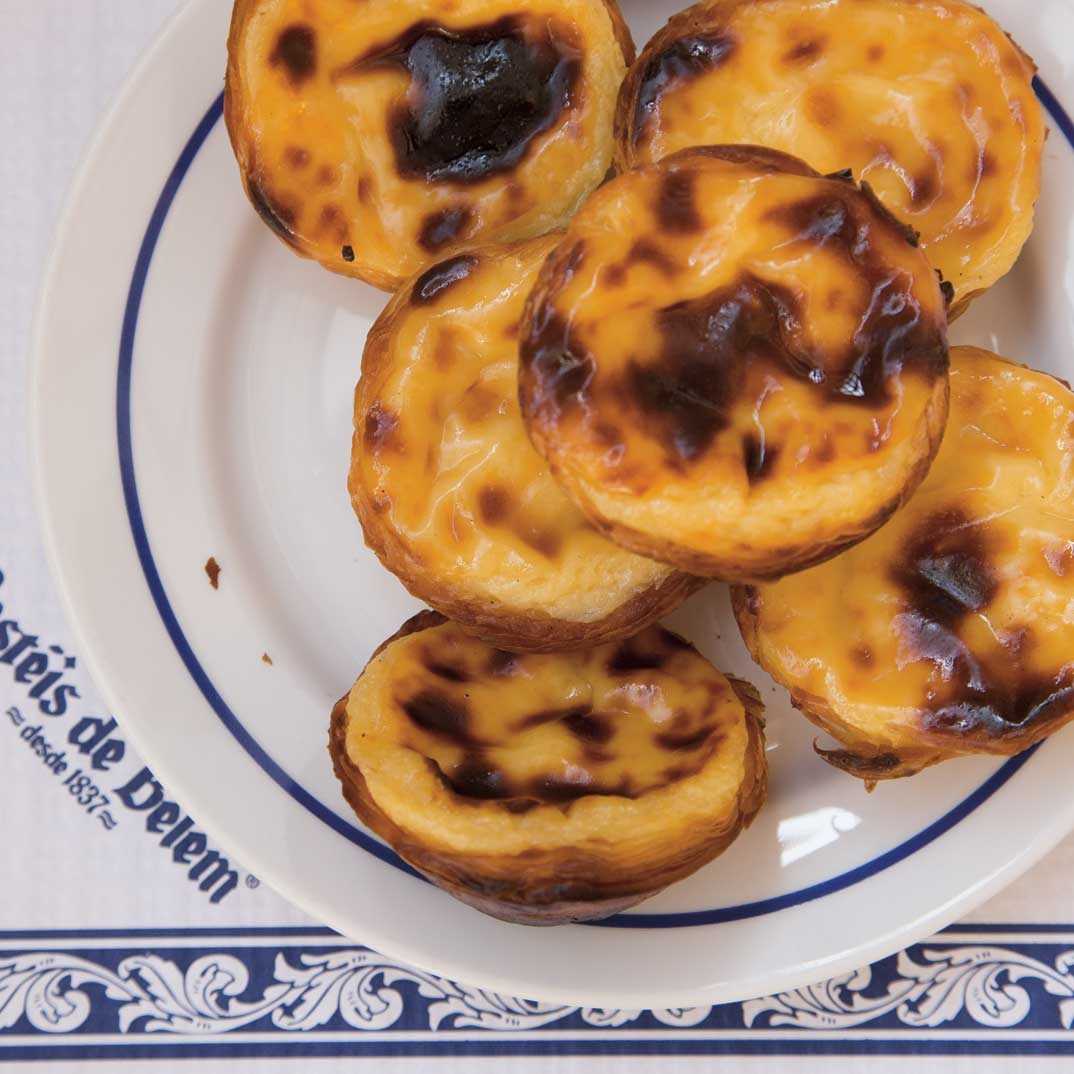 Portuguese tart pans can be found in most Portuguese grocery stores.

In a pinch, you can make these tarts in muffin tins. You can bake the tarts at 260 °C (500 °F) if your oven reaches that temperature, and finish under the broiler if you do not find that the custard is brown enough. The next day, warm up the tarts in a warm oven for about 5 minutes. They will be as good as the day before.