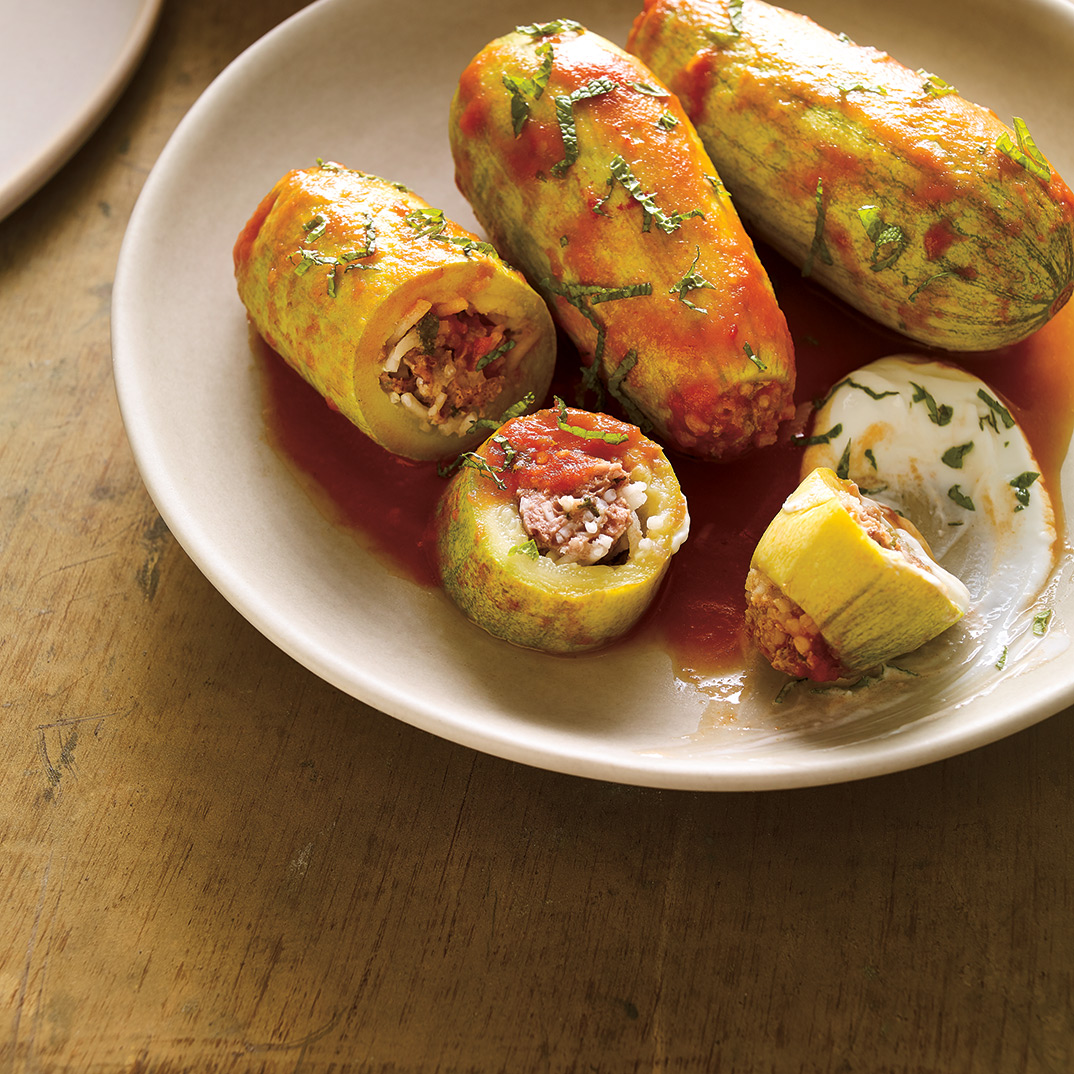 5 stars (6)  Rate this recipe
Share
Stuffed zucchini or squash—otherwise known as kousa in Arabic—dates way back to the Ottoman Empire and is still common in many Mediterranean countries like Lebanon, Egypt, Cyprus, Syria and Libya. We made our Lebanese-inspired version with cousa squash (also called white squash), which are sweeter and softer, making them easier to stuff with rice, ground meat and spices. The best way to hollow out a zucchini or squash is with a manakra, a special tool that resembles a long apple corer found in Middle Eastern stores. Tunnelling tip: There’s a lot less chance your squash will break or split if you bring them to room temperature before you dig in.

Cousa or white squash are pale green, shorter and more oval than standard zucchini. Find them at farmers’ markets in the summer or at certain Middle Eastern grocery stores year-round.