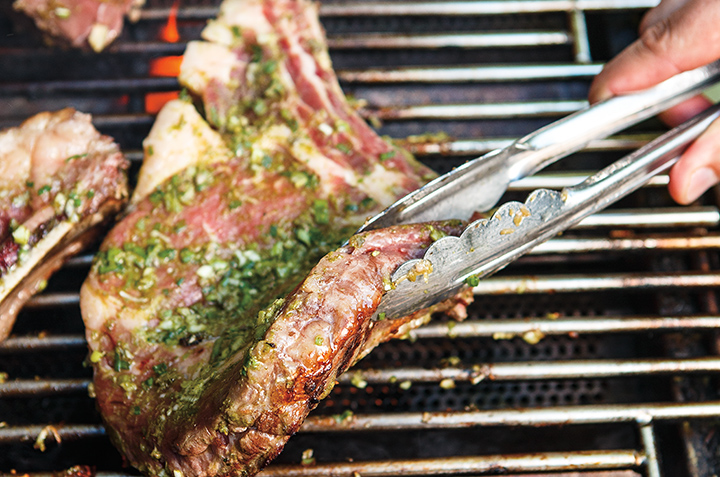 The meat counter can be confusing. It’s usually heavy on choice but light on actual information. Here’s the scoop on our favourite grilling beef cuts—all delicious, and fit for every budget. 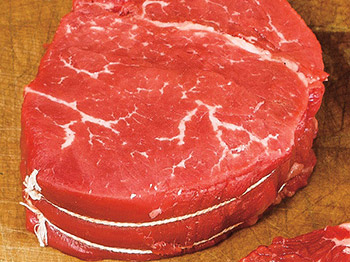 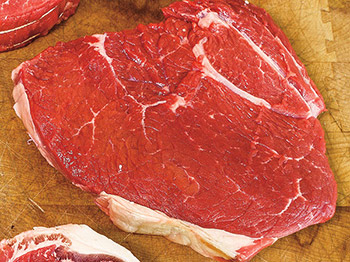 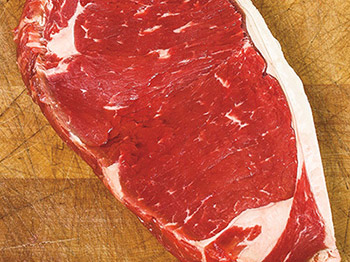 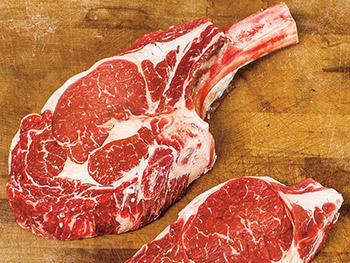 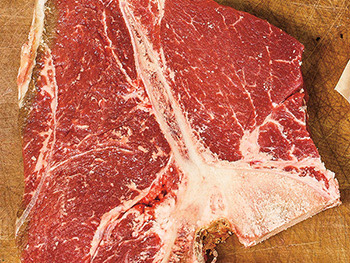 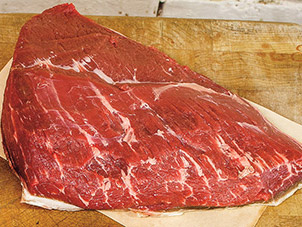 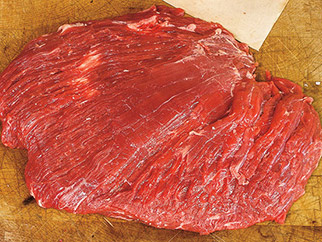 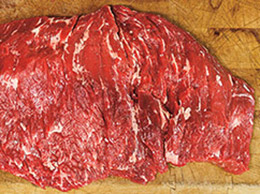 The Two to Discover

There are treasures waiting to be discovered behind your butcher’s counter. You probably won’t find these cuts in large supermarket chains. Instead, visit a butcher shop that still cuts meat from half carcasses or order them ahead of time from any meat counter. Price and availability will vary. Because of relatively low demand, they’re slightly less expensive than the classic cuts—for now. 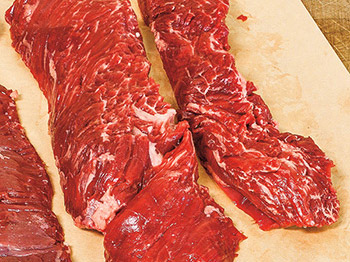 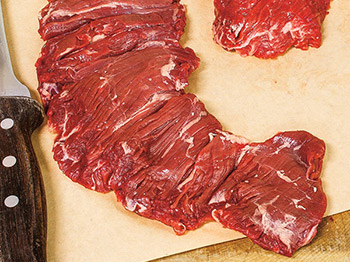 Whether a steak is tender or tough all comes down to exercise. The more a muscle is used, the more firmly it is attached to the animal’s skeleton by tough and stretchy interwoven fibres called connective tissue (which supports and connects muscles together). The more tissue there is, the tougher the meat. Thus, tender cuts come from areas where the muscles are rarely exercised (like ribs, loin and sirloin).

Another important factor when it comes to taste and tenderness is marbling, a term that refers to the presence of thin strands of intramuscular fat that lend the meat a marble pattern. This is what gives red meat its succulent flavour and melt-in-your-mouth texture. Always choose a cut of beef with plenty of marbling. The more, the better! Note that the layer of the fat surrounding a piece of meat isn’t a factor in its tenderness.

In Canada and the U.S., one of four quality grades is assigned to beef depending on the amount of marbling: A (the least marbled), AA ou AAA (the most marbled) and prime, which is even more marbled than AAA and primarily sold to restaurants. Less than 3% of all the beef sold in Canada earns the prime grade. Current regulations require that quality grades appear next to beef cuts advertised in sales flyers, but unfortunately, they aren’t always marked right on the packaging in the store.

Large supermarket chains stock mostly A and AA beef in the regular meat display, but will carry AAA beef at a separate butcher counter or package them with special logos or brands highlighting the grade. Confused? Just ask the butcher for help. 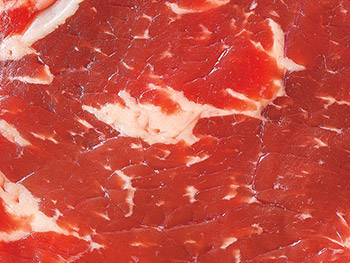 A well-marbled cut (AAA) melts in your mouth

A cut with minimal marbling (A) can be less tasty

How it’s Done: Cutting Against the Grain

Cuts like bottom sirloin flap, hanger, tri-tip and flank must always be sliced against the grain. This cuts their long bundles of muscle fibres into small, easy-to-chew pieces. Here’s the technique. 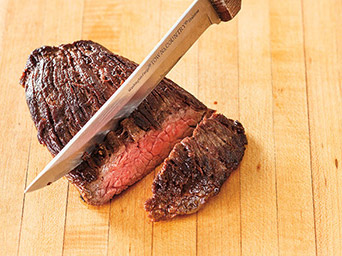 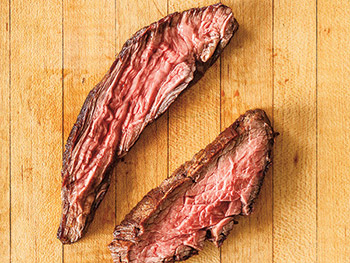 To keep things simple, we have used the standardized names recommended by the Canadian Food Inspection Agency. Our kitchen team even went on a recon mission and found that although most major grocery stores abide by the same vernacular, that’s not always the case with independent shops. Your best bet? Learn the lingo, know what you want and strike up a conversation with the butcher.