1. Can I substitute regular flour with gluten-free flour?

2. Can I substitute 35% cream with 15% cream, country-style cream or cooking cream?

35% whipping cream is required if you intend to whip the cream. If not, you can use 15% cream, except in cases where the recipe calls for the cream to be brought to a boil (which will likely make it curdle).

3. What can I use instead of eggs when egg allergies are an issue?

4. What can I use instead of nuts in cases of peanut and nut allergies?

We find that roasted soy nut butter is an excellent substitute for nut and peanut butters. Soy nuts are also perfect for replacing nuts in recipes.

5. Can I freeze the recipe?

When we include the “freezes well” mention at the top of the recipe (just below the number of servings), this means that the recipe can be frozen without its quality being compromised (i.e., no change in texture or flavour). When in doubt, consult this chart:

6. How long will the recipe keep?

Storage life can vary greatly from one recipe to another. As a general rule, recipes that freeze well are safe to consume even after several months in the freezer.

7. Is it possible to reduce the amount of sugar or brown sugar in a recipe?

8. What can I use as a sugar substitute? Is it possible to use another ingredient as a sweetener?

9. Is it possible to substitute butter with oil, margarine or shortening? And can I reduce the amount of fat called for in recipes, especially desserts?

Since the amount of fat/liquid varies greatly between butter, oil, margarine and shortening, we do not recommend substituting one for the other. However, if you do decide to use a substitute or reduce the quantity, there’s no magic formula. Generally, you can reduce the quantity by 25%, but keep in mind that the texture of the recipe will be affected.

10. If my roast is smaller or larger than what the recipe suggests, should I modify the cooking time?

We generally include a recommended internal cooking temperature for roasted meats. The best way to verify the desired doneness is with a meat thermometer.

11. If I want to double a recipe, should I double all the ingredients?

For most recipes, you can simply double all the ingredients. However, we don’t recommend tripling or quadrupling a recipe, which may affect the results (especially for cake batter). Another caveat: If the recipe calls for a lot of spices, it’s preferable not to double it, but use a 1.5x ratio instead. This will keep the dish from becoming too spicy.

12. Is it possible to double a slow cooker recipe? And if so, should I also double the cooking time?

For slow cookers, as long as the insert won’t be more than ¾ full, there is no problem with doubling the recipe. As a rule of thumb, you should add one hour of cooking time.

13. Is it possible to halve the recipe?

Most recipes can be divided in half. However, for stews, it’s important to not cut back too much on the liquid ingredients, because having not enough liquid will affect how the dish cooks.

14. Can I prepare the ingredients in advance and cook the dish later?

Quite often, it is possible to prepare the ingredients several hours ahead of time. Just remember that it’s preferable not to chop onions or garlic too far in advance, because their taste will change. Some types of fruits and vegetables (apples, avocados, potatoes, etc.) also tend to oxidize if they’re cut too far ahead of time. Finally, make sure to store all ingredients at the proper temperature.

15. What wine can I use in meat recipes?

In a perfect world, you would use the same wine in the recipe as the one you’re planning to serve with the meal. Otherwise, a basic rule is simply to use a wine that you like.

16. Can I make the cake in a different cake pan? And will that affect the cooking time? 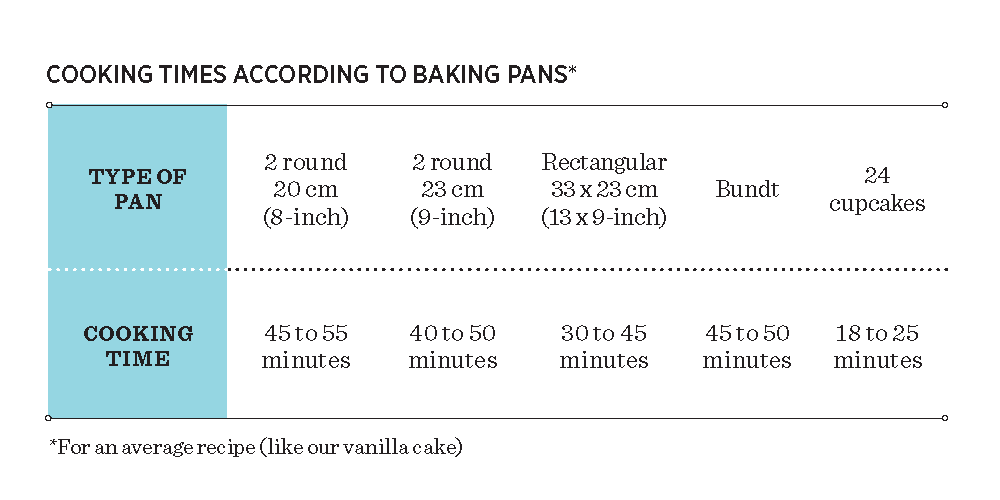 17. Can I skip the corn syrup in a recipe, or substitute it with something else?

Depending on the recipe, corn syrup is often essential to keep sugars from crystallizing. Honey serves the same purpose, but keep in mind that it has a much stronger flavour and can greatly change a dessert’s flavour.

18. Is this recipe suitable for canning?

19. Can I use a different cooking method for this recipe?

A recipe designed for the barbecue can also be cooked in the oven on broil mode.

A slow cooker recipe can also be made in the oven, at 300°F, and will require half the cooking time. However, there will be more evaporation, so it’s important to monitor the dish during cooking and add liquid as required.

Oven-baked stews also generally work well in a slow cooker. But since there is very little evaporation with the slow cooker, we suggest cutting the original recipe’s amount of liquid in half.

21. What can I use as a substitute for wine in a recipe?

Depending on the recipe, you can usually substitute wine (or other alcohol) with broth, juice or just water.

22. Can I use a lactose-free product in the recipe?

A wide variety of lactose-free products can now be found in grocery stores. These are generally very good substitutes for regular products and should not affect results.