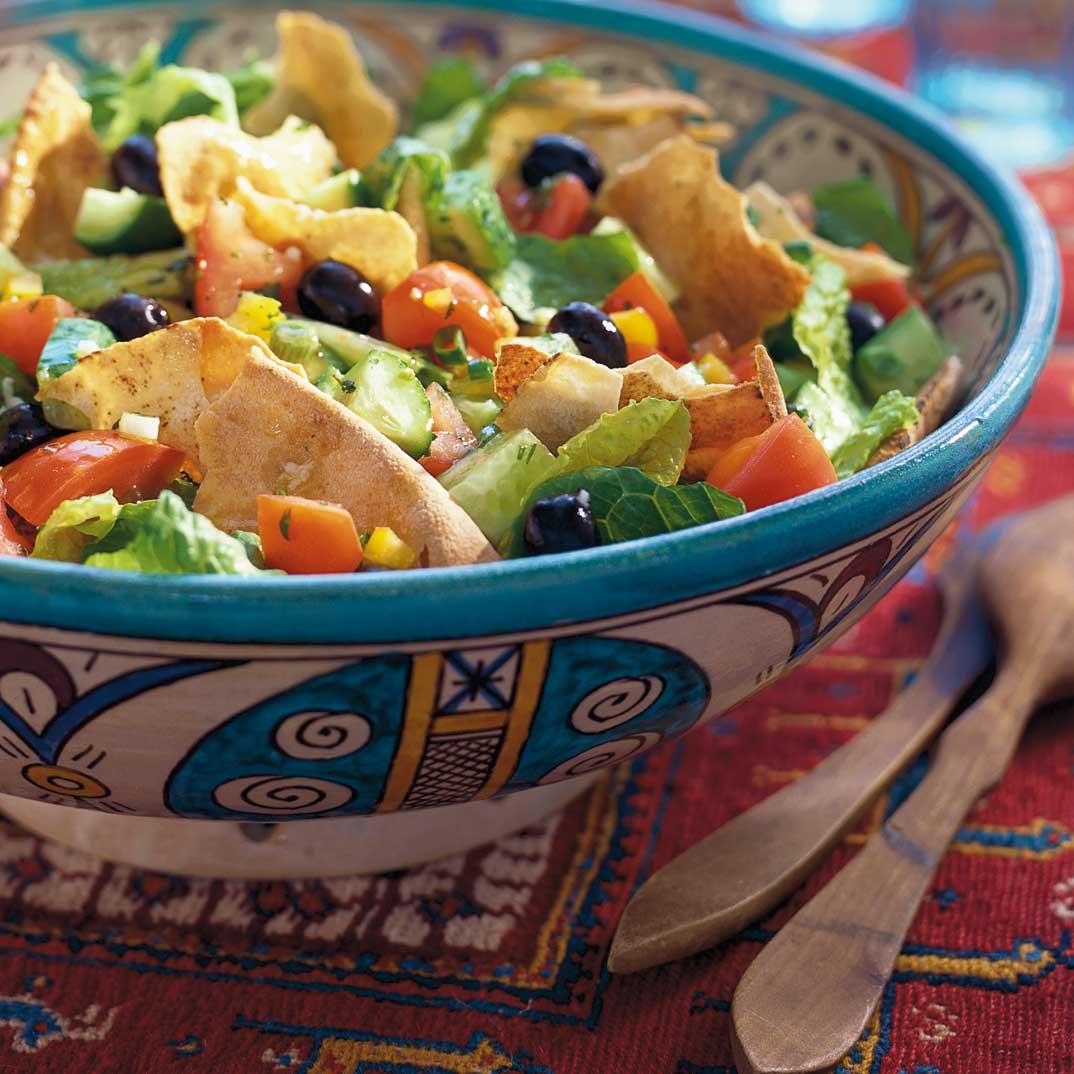 Pita is a Greek word that means bread. The pita is the daily bread of all Middle Eastern people. But from one country to another, its name and appearance may vary. Thus, the Greek pita is thicker than what is known here, the Lebanese pita can’t be spilt in half. In Syria, pita, also called Shamy, is thinner and splits in half, allowing it to be stuffed.

Panzanella Salad with Legumes and Chicken