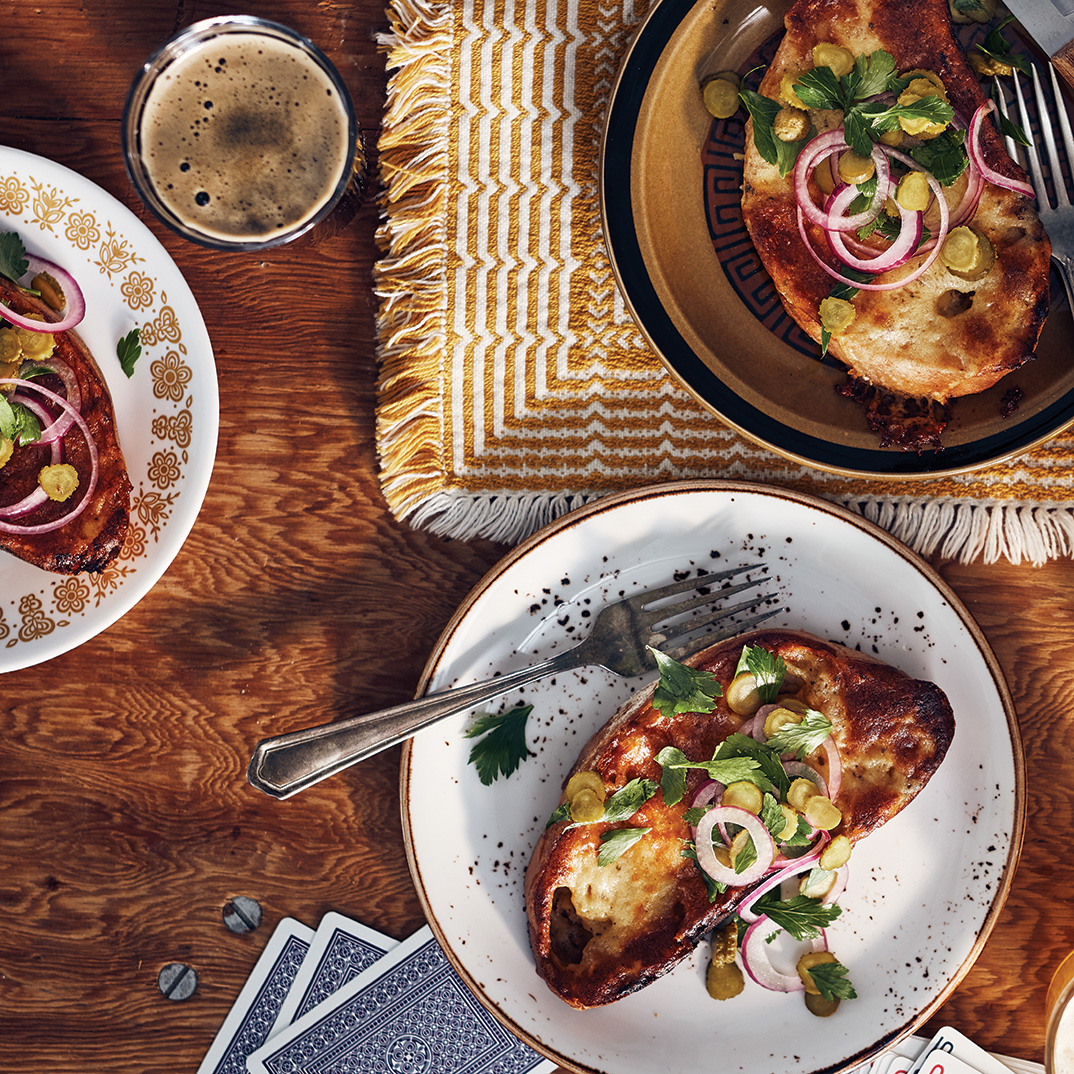 Welsh rarebit, with its toasted bread smothered in melted cheese, is a take on a croque-monsieur or a croque-madame, as it is sometimes served topped with a fried egg.