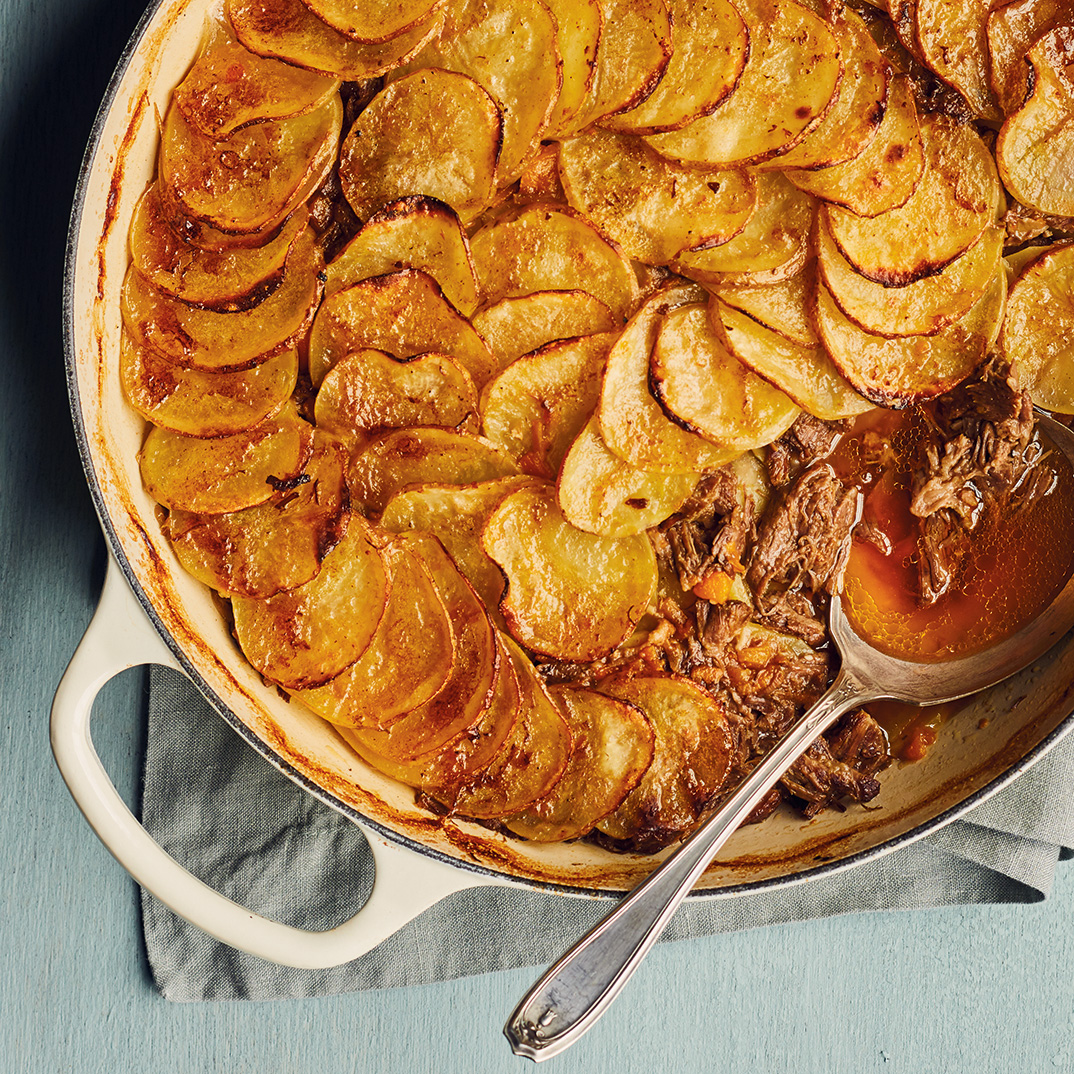 Instead of using a pressure cooker, you can cook the beef in a slow cooker on High for 6 hours. In this case, simply brown the meat and soften the vegetables in a skillet before adding them to the slow cooker.