you_are_are Home » The Ingredient » How to Cook Dandelions

How to Cook Dandelions 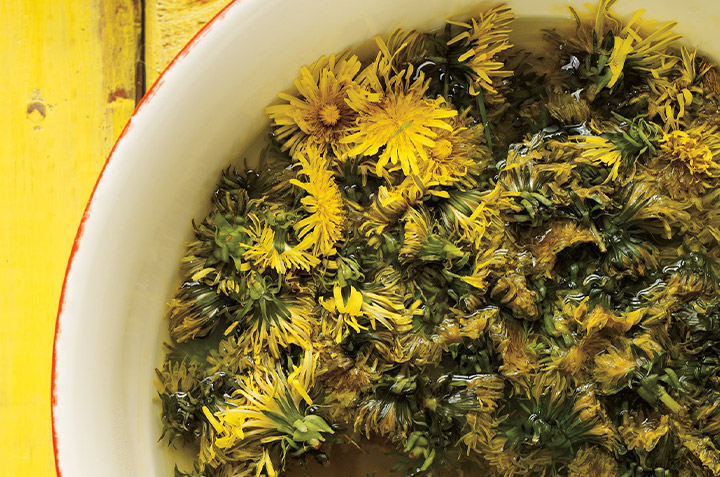 We were always taught that dandelions were a weed, so imagine our surprise when we saw people picking them—and not to get rid of them, but to eat them! Dandelion is a well-known ingredient, not only for its medicinal properties, but its multiple culinary uses. This guide will help you discover everything you need to know about dandelions, from the field to the table, with expert Pierre Gingras. 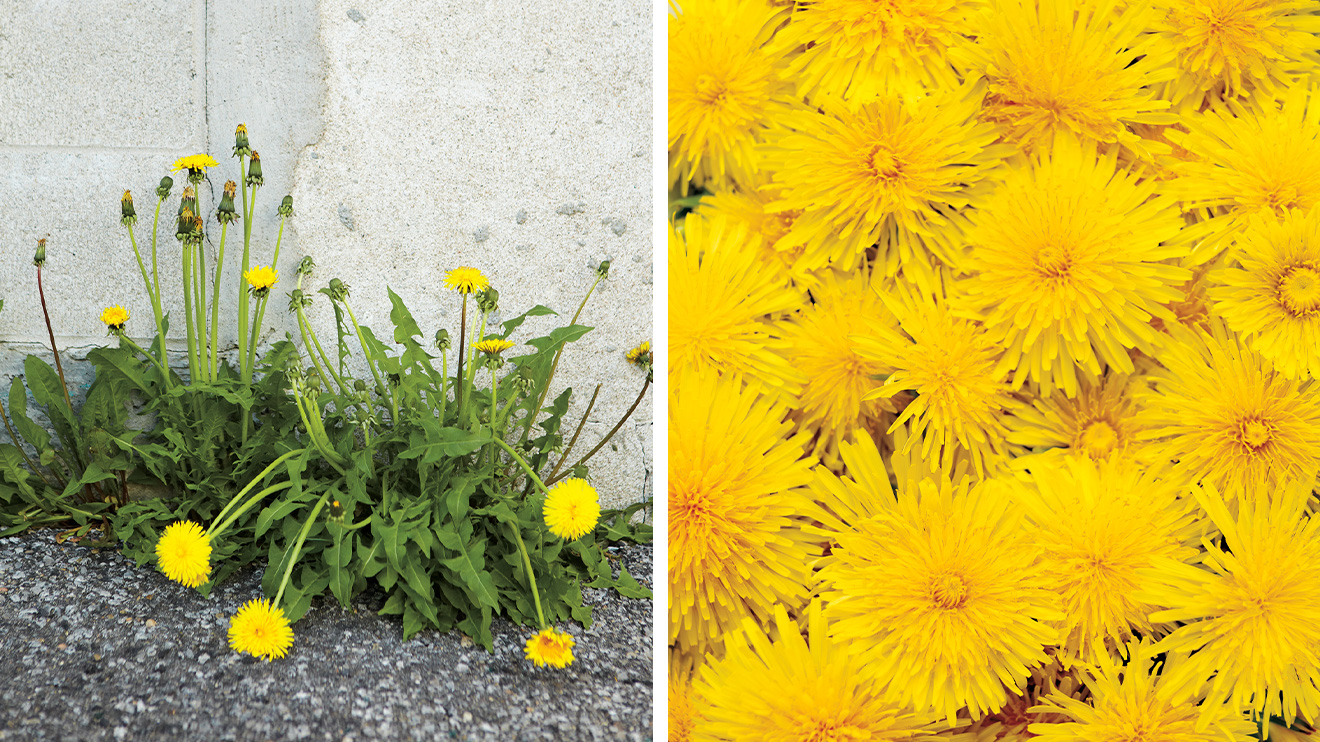 Dandelions arrived in North America with the first settlers, and soon became a permanent botanical fixture. Despite fortunes spent by pesticide companies to convince us to remove this “horrible” plant from our lawns, the sturdy dandelion persisted. Of course, our springtime would never be as bright without the millions of little yellow flowers that appear every May.

Dandelion has been used for its multiple culinary applications and its medicinal properties for centuries. In Canada alone, it’s an ingredient in about 50 drugs.

The origin of the plant’s name in French, pissenlit, a term used for nearly 500 years, refers to its ability to increase urinary secretions. The word dandelion, of French origin, sets aside the diuretic power of the plant to focus on its leaves, which are shaped like a lion’s teeth. The term dandelion is also found in the works of Shakespeare. The scientific name, taraxacum, comes from a medieval French word borrowed from Arabic, meaning bitter grass.

The soft leaves of Italian dandelion are the most famous—and the easiest to prepare. They can be served as a salad, mixed with other greens, incorporated into soups or tossed into a quiche. Of course, there’s no question that picking them from your lawn, where dogs and cats frolic, or places where pesticides are still used (whether synthetic or natural) is a bad idea. Dandelion leaves can be purchased at the grocery store, but in most cases they are chicory varieties often sold under the name “Italian dandelion.” They look like the original dandelion, but are larger in size. 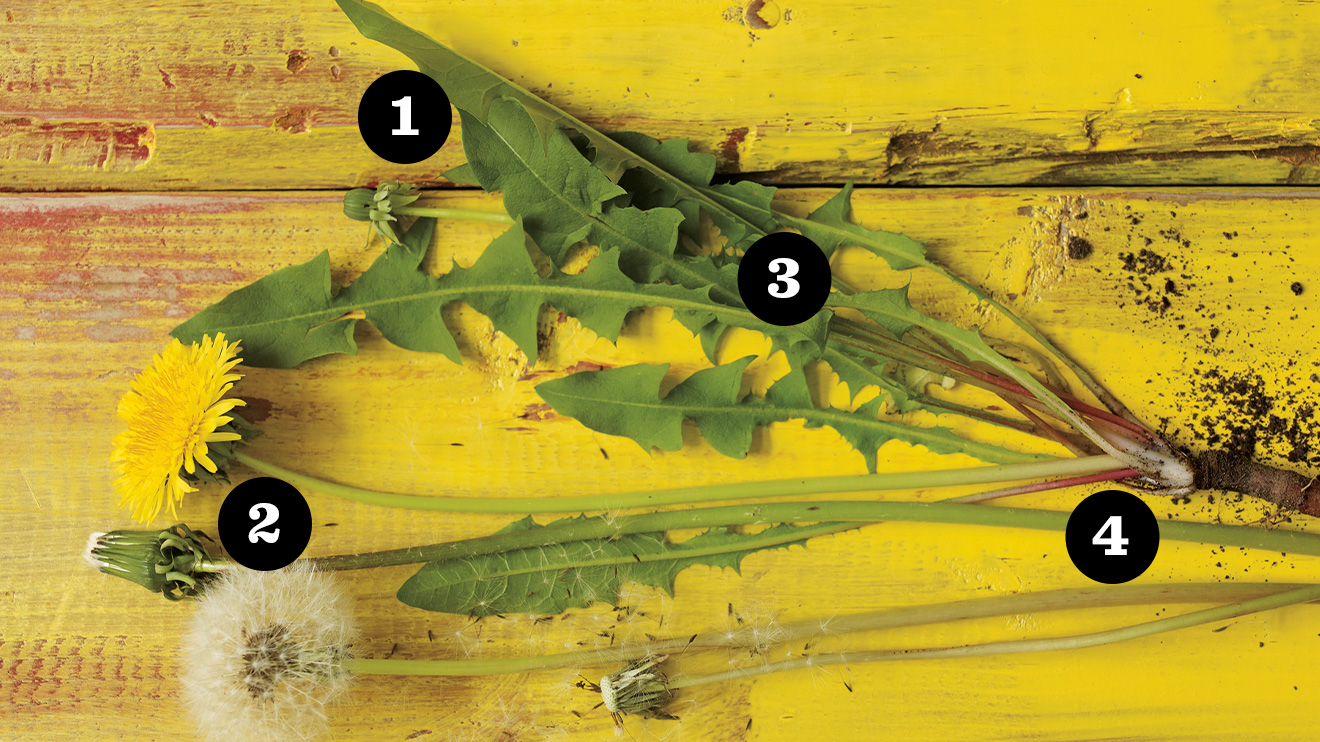 The components of the dandelion

Some herbalists marinate dandelion buds. They are delicious added to pasta and look a bit like capers—the buds of the caper flower.

These are the least used part of the dandelion, but the main ingredient of dandelion wine.

Delicious in salads, the leaves are the main attraction of the dandelion, but must be harvested before the appearance of flowers. Add them to pasta, soups or quiches, much like you would use spinach.

After drying and roasting, the root is ground into a coffee, which has a taste somewhere between coffee and chicory.

Dandelion can be used from root to tip. The flower buds can be marinated, like capers—which are the flower buds of the caper. The flowers, which were once used to colour butter, should be picked in dry weather, preferably in the early afternoon to reduce humidity. Dandelion flowers can be made into an aperitif wine reminiscent of port. In the United States, dandelion extract is used to add flavour to certain beverages, desserts and cheeses.

Picked in late fall or spring before new leaves appear, peeled and cooked dandelion root can be turned into an excellent purée. After drying and roasting the root, it can be ground into coffee, which has a taste somewhere between coffee and chicory. If you’re intrigued, you can buy dandelion coffee from a herbalist.

Dandelions are popular in salads with croutons and bacon. They should be picked in pesticide-free areas. You can also find them in several grocery stores, mainly Italian and Middle Eastern ones. 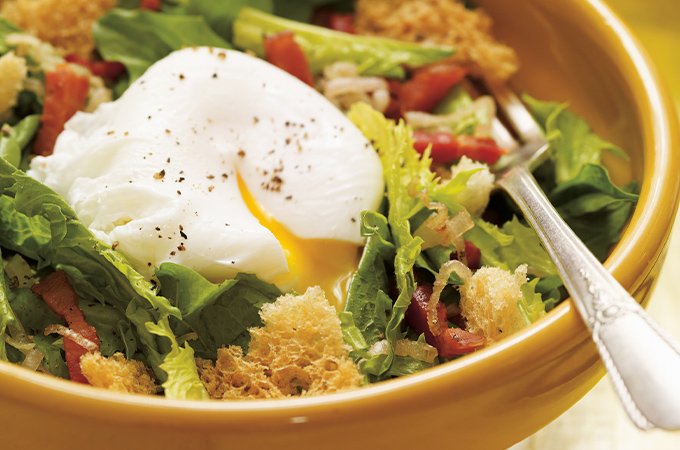 For this recipe, Ricardo had asked everyone who watched his television show to find a recipe for dandelion wine that would remind him of his grandmother’s. He received hundreds of recipes and the Test Kitchen read through them, highlighted the ingredients and techniques that came up most often, and created a new recipe. The moral of this story: Never wait to ask your parents or grandparents for your favourite childhood recipes!

Note that for the preparation of this wine, it’s best to pick the dandelion flowers on a sunny day: they will be well open and insect-free. 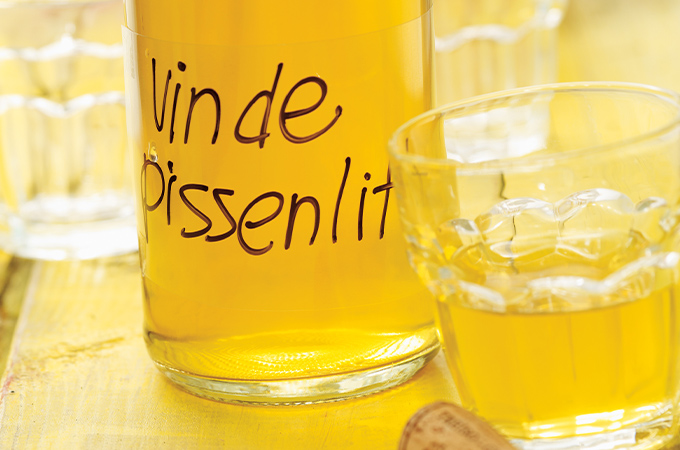