A Step by Step Guide to Making Sourdough Bread 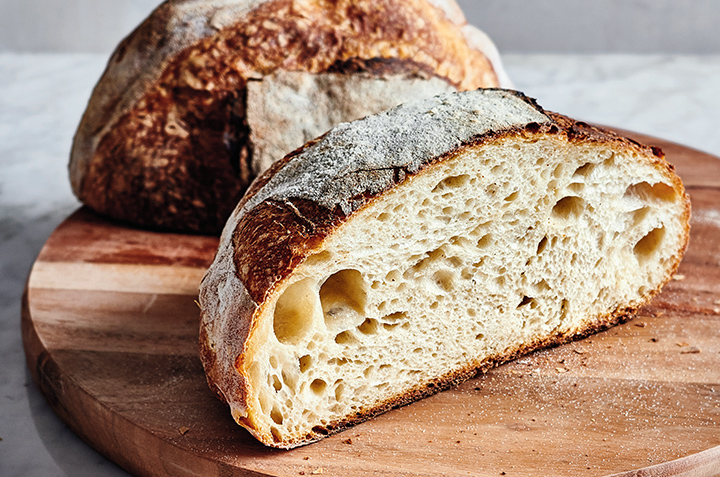 If you think you’ve reached the top of your baking game with homemade bread, how about trying your hand at some sourdough? It requires more work and preparation, as you can’t use commercial yeast, but instead have to make this sourdough starter. Since the art of bread making is not an exact science, your first attempts may be less fluffy, but just as good. And above all, nothing beats the pride of having made your very own loaf! Here’s how to make sourdough bread step by step. 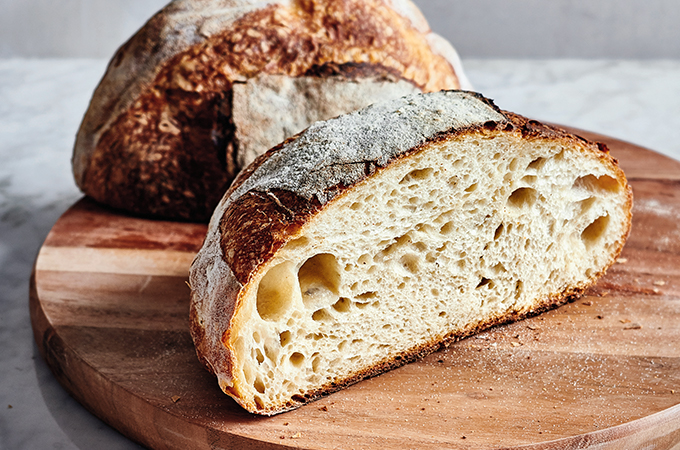 1. In a bowl, whisk together flour and salt, and form a well in the centre.

2. In another bowl, whisk the sourdough with water until it is completely dissolved. 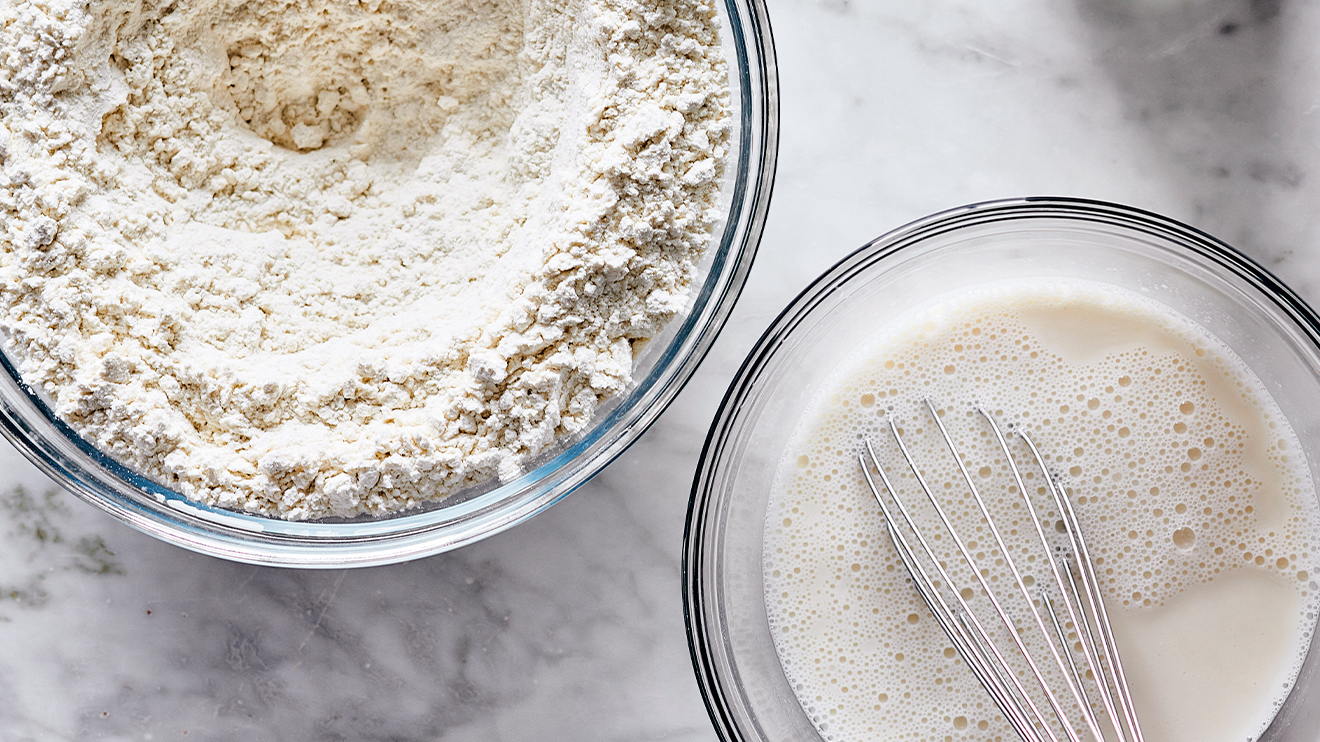 3. Pour the liquid into the centre of the dry ingredients. Mix with a fork until the flour is fully moistened. Finish mixing with slightly wet hands. 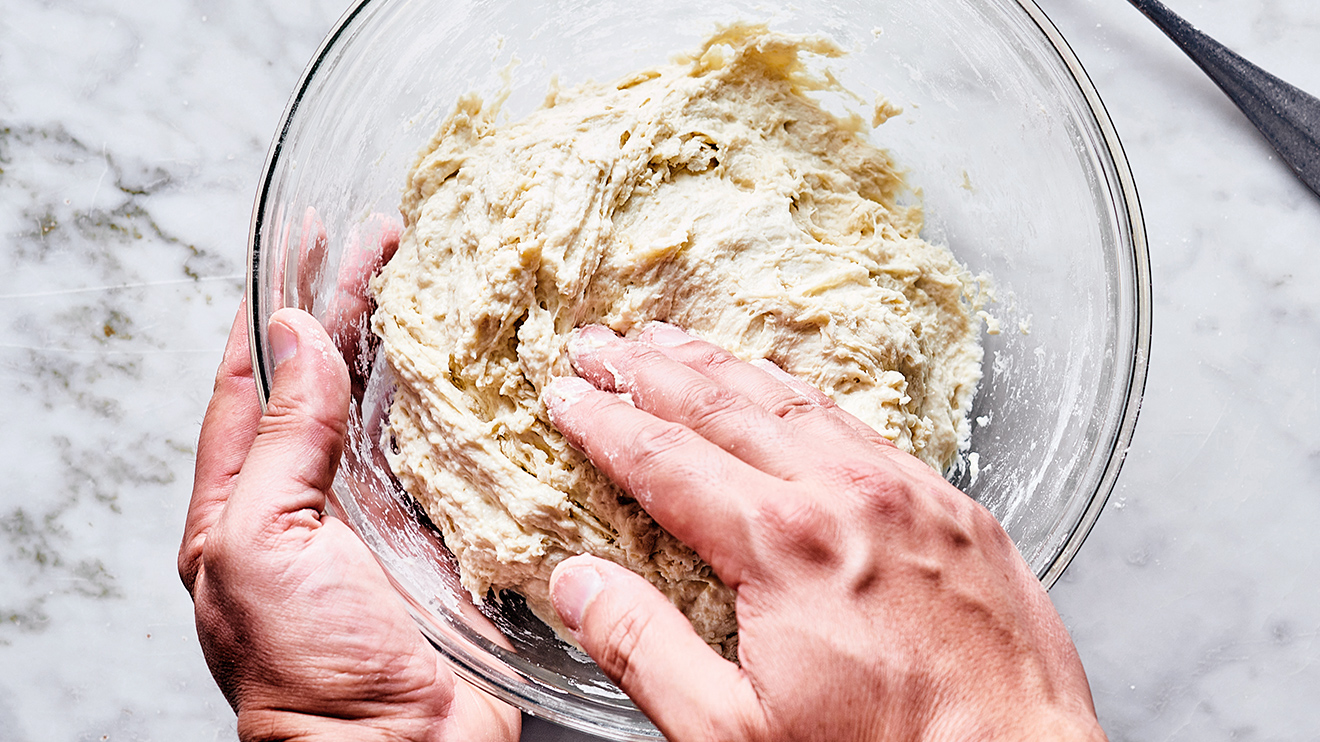 4. Cover the bowl with a lid or plastic wrap and let stand at room temperature for 5 to 8 hours or until the dough begins to rise and form bubbles.

5. In the bowl, with your hands, stretch and fold the dough on itself 8 times by turning the bowl a quarter turn each time. Cover and let stand at room temperature for 30 minutes. Repeat this step 3 times. 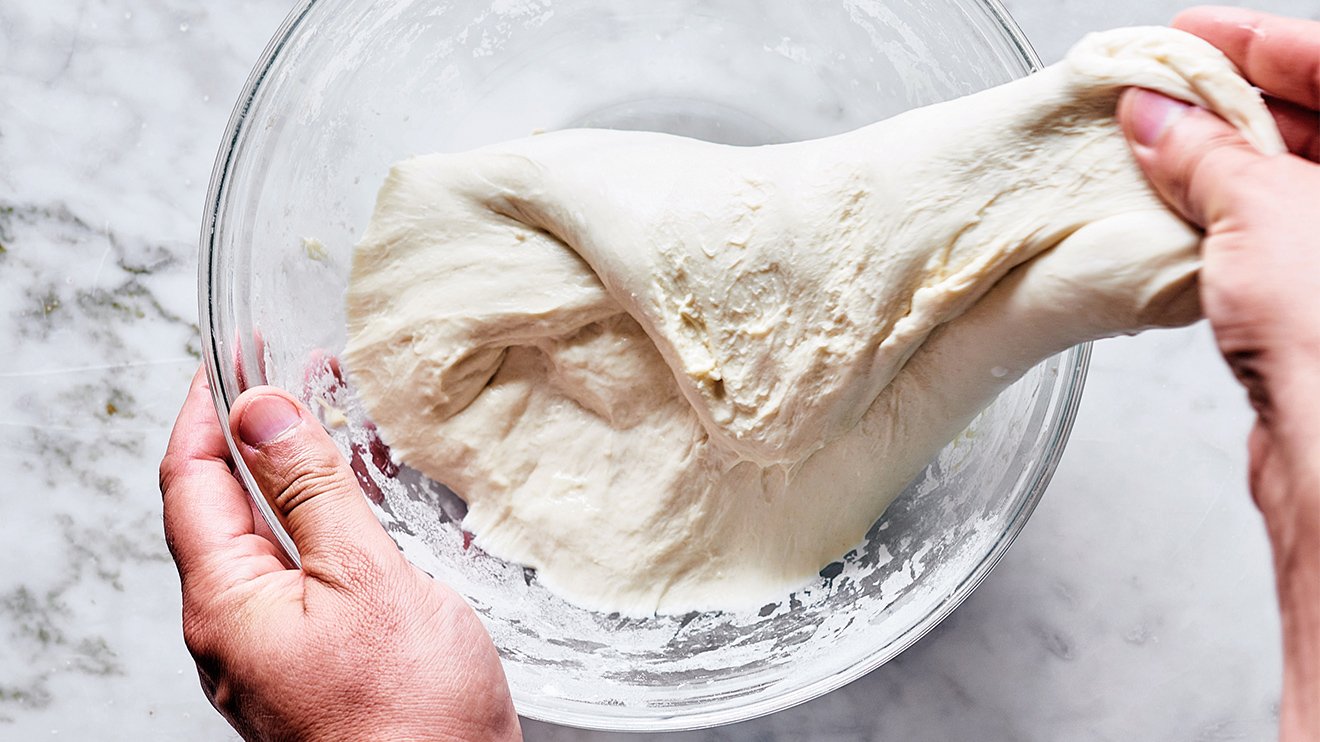 6. Place a circle of parchment paper of the same size in the bottom of a cast iron pot or an oven-safe saucepan with a capacity of about 5 litres (20 cups) and equipped with a lid (not glass). On a floured work surface, flip the bowl with the dough upside down onto the flour. With floured hands, stretch the dough slightly to form a square. Join the corners towards the centre to form a round or oval ball, depending on the size of the pot or pan. Lightly flour. 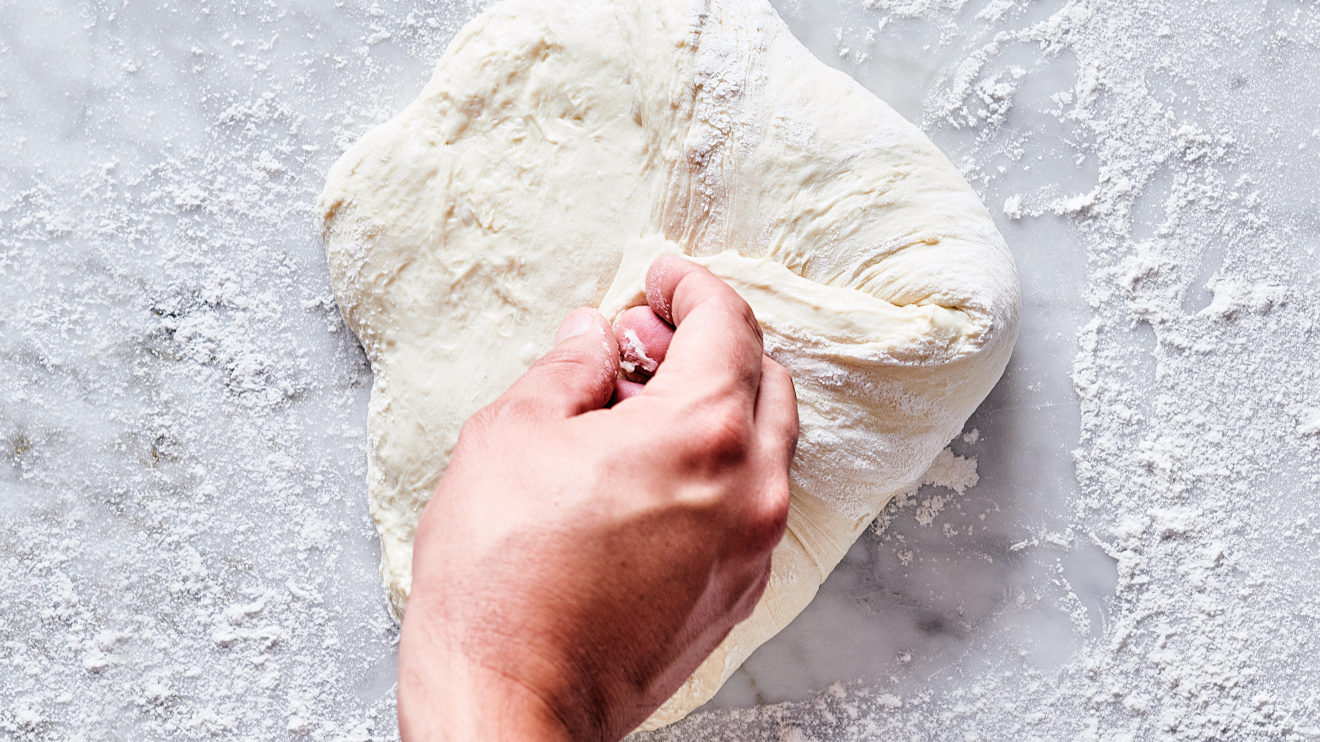 7. Using a dough cutter or with floured hands, quickly flip the dough over and place it in the pot, on top of the parchment paper. Adjust its shape as needed. Lightly dust the top and perimeter of the dough with rice flour; cover. Let stand for 1 hour or until the dough has reached 1 1/2 times its volume. 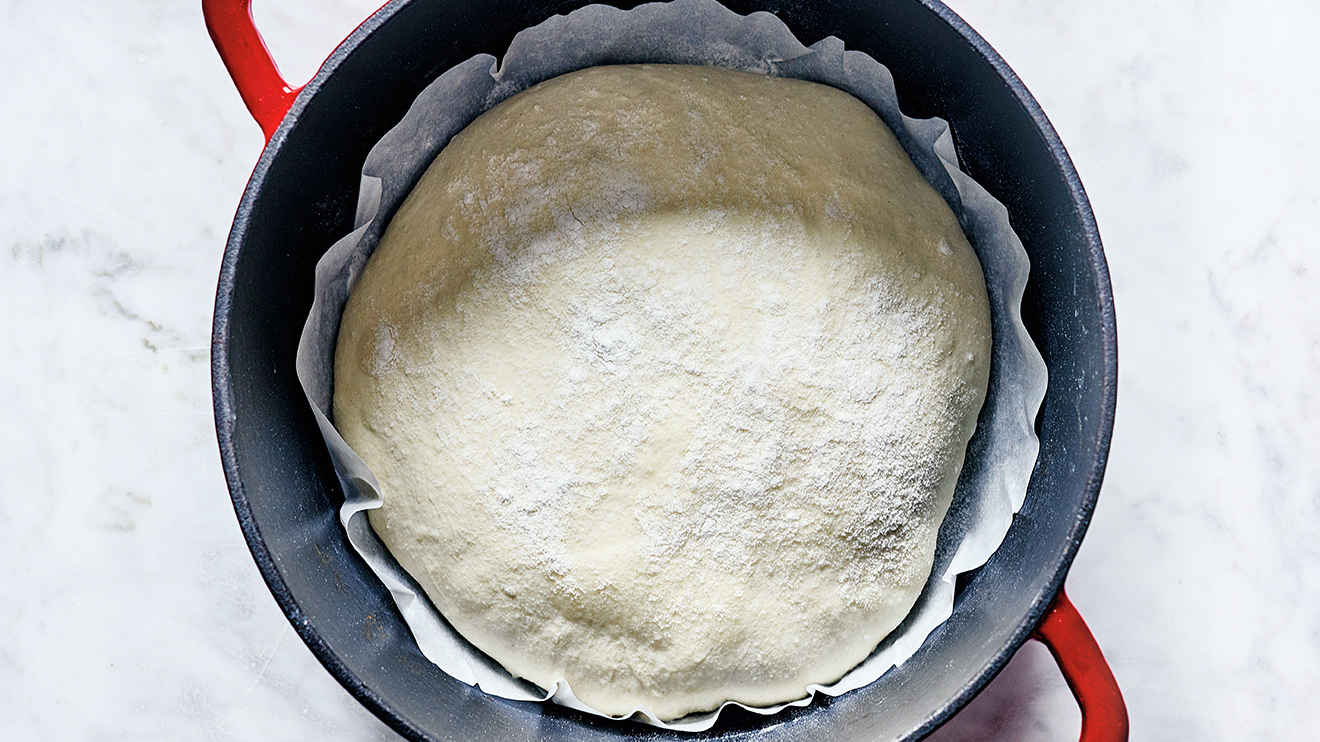 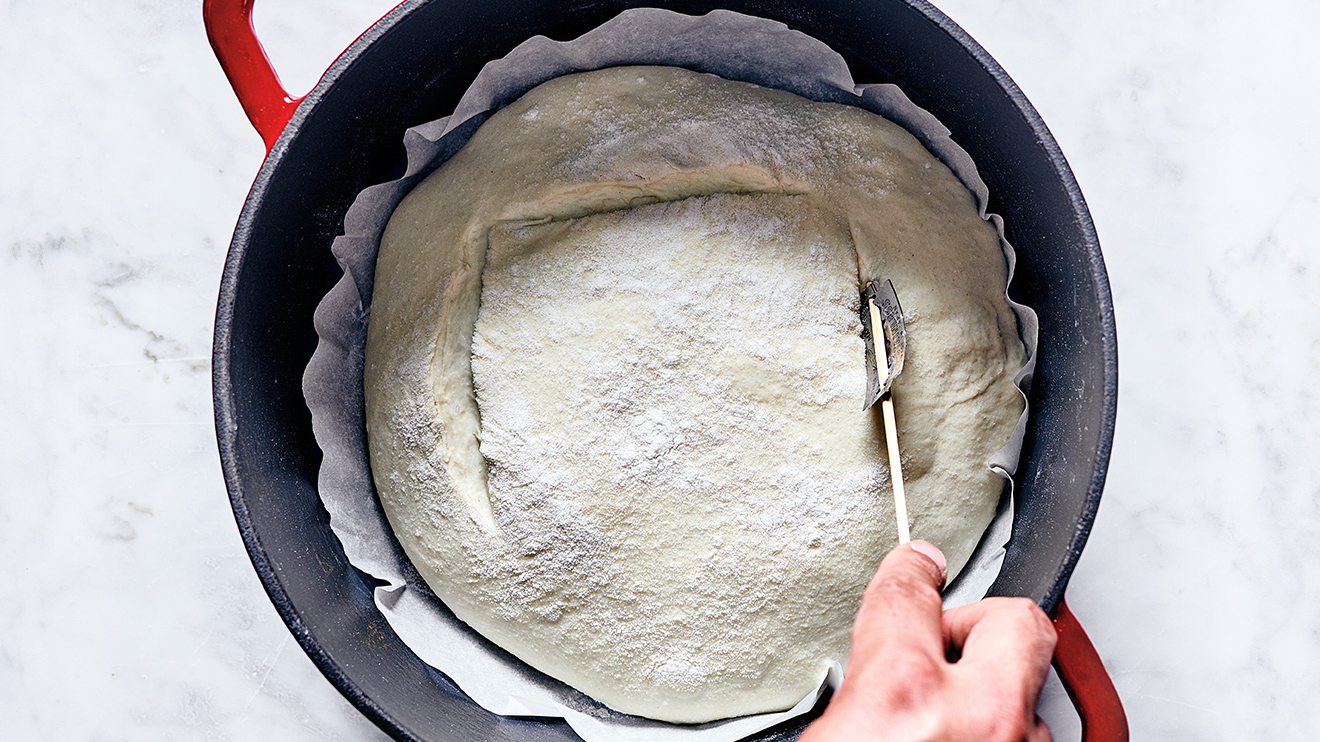 9. Cover again and place in the oven, turned off. Turn it on at 450°F (230°C) and bake for 30 minutes. Remove the pot and place it on a baking sheet. Remove the lid and then continue baking for 30 to 35 minutes with the baking sheet underneath. 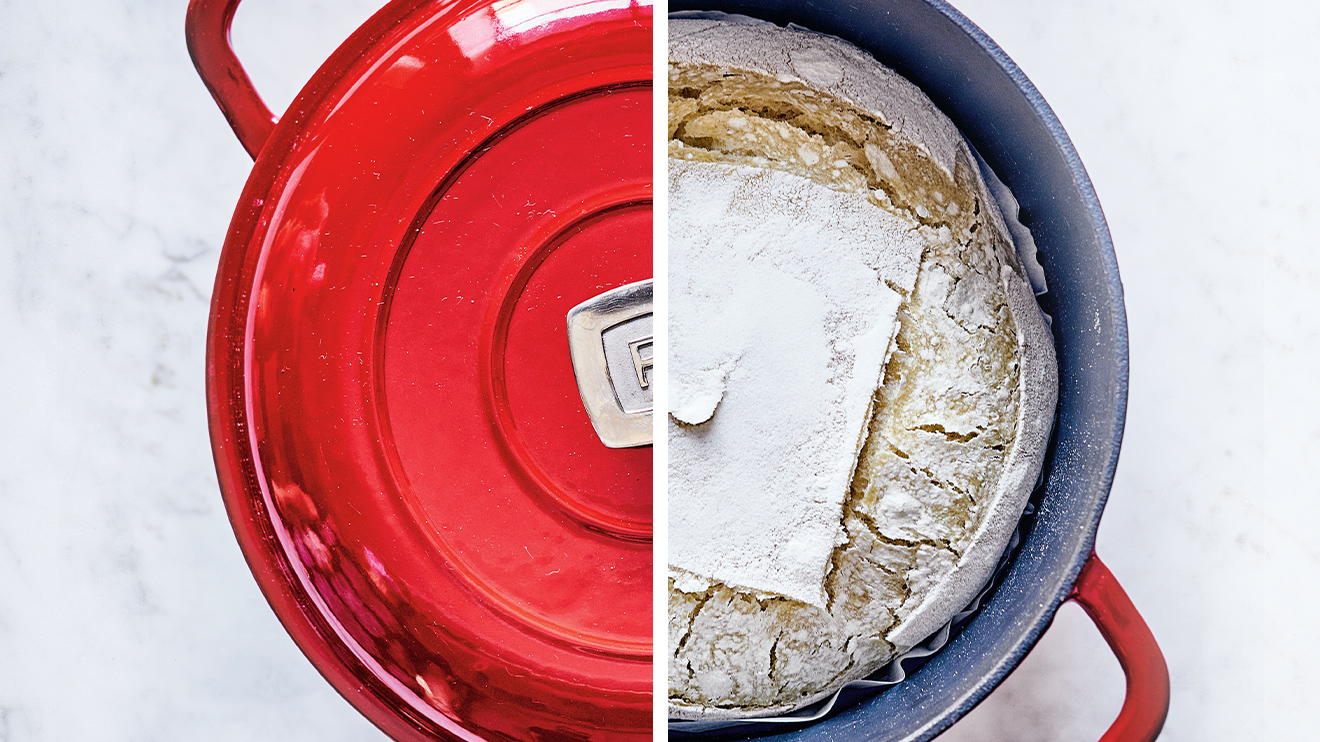 10. Turn off the oven and leave the door ajar for 15 minutes. This will allow the bread to release excess moisture, preventing it from sagging. Unmould the loaf, passing a small spatula along the sides if necessary. Let the bread temper on a rack for at least 1 hour before slicing. 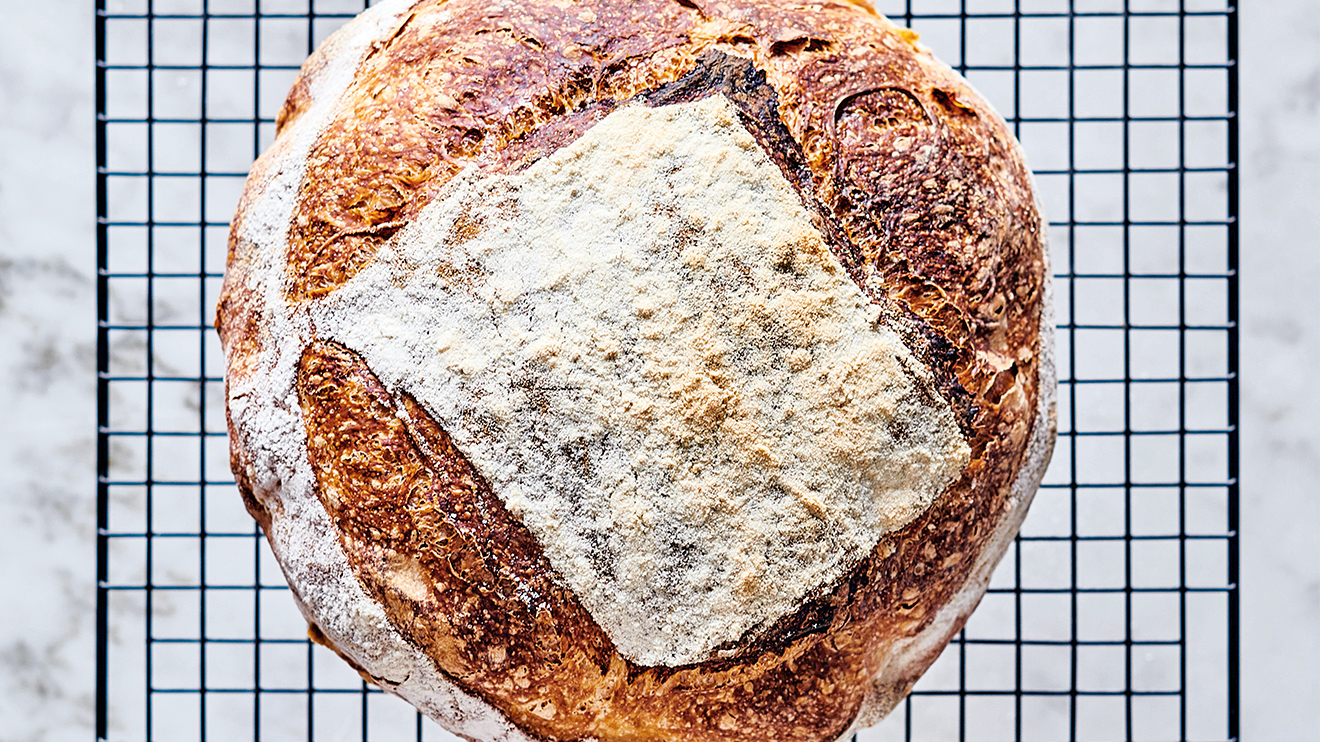 Do you have some sourdough starter left after preparing your bread? Here are some recipe ideas for using it: 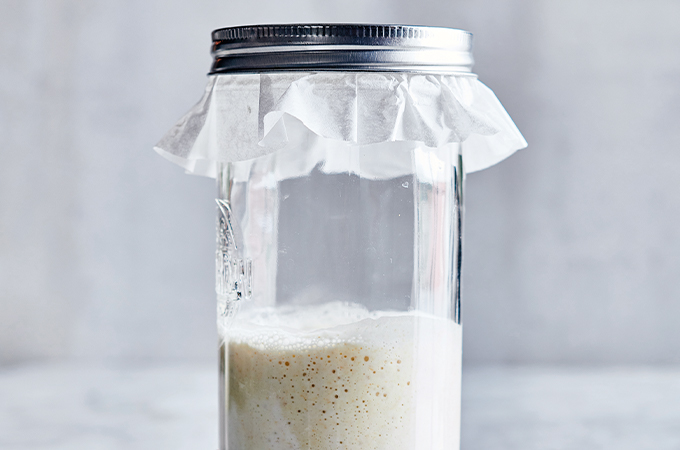 4 Ways to Use Leftover Sourdough